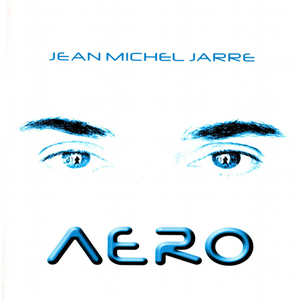 Q: Rumour has it there’s a new Jean Michel Jarre album out soon?
JMJ: Yes. It is called ‘AERO’, and it will change the way you listen to music.

Q: That’s a big claim, but then your new album is the first of its kind.
JMJ: Absolutely! It is the world’s first music album to be fully constructed in 5.1 surround sound.

Q: What do you mean by ‘constructed’?
JMJ: Whereas a small number of CDs currently exist that have been mastered for surround sound, these merely ‘spread’ the stereo recordings around the five speakers. With ‘AERO’, I have literally taken apart some of my most well known music and ‘reconstructed’ it, note for note, so that the individual sounds come at you from all five directions.

Q: What is the experience of listening to ‘AERO’?
JMJ: You must ask someone else – I’m bias! But I think you’ll agree, it’s incredible! ‘AERO’ places the listener ‘inside’ the music, rather than outside the traditional, flat ‘wall’ of stereo that we typically experience. It immerses you, in the way that first listening to music on headphones did, although in 360° surround sound. By moving from 2 channel (Stereo) to 5.1 channel (‘AERO’), it literally takes the music into a whole new dimension. It’s like you’re standing in an audio landscape rather than just looking at a picture.

Q: Why has no-one attempted this before?
JMJ: For two reasons I think. Firstly, because of the technical difficulties. Recording music for five separate channels is a serious challenge! I was unable to find a sound engineer anywhere on the planet who could help. So in the end I did it myself. Secondly, until recently not enough people owned a surround sound system. Now, there are over 25 million households across Europe with 5.1 DVD home cinema.

Q: What kind of a music system do you need to listen to this album?
JMJ: You don’t have to spend a fortune to really appreciate ‘AERO’. On a 400 Euros home cinema system it’ll blow you away. But for those without access to DVD and 5.1 home cinema, the album also includes a normal CD recorded in SuperSurround – this emulates the ‘AERO’ experience through just two speakers.

Q: ‘AERO’ is largely an anthology of some of your most famous work. Oxygene, Equinoxe, Magnetic FieldsHow does it change those pieces that fans know so well?
JMJ: It brings the listener closer to the original vision I had in my head when I first recorded them – the ‘soundscapes’ that I have always imagined but, until now, I haven’t been able to fully convey. The essential score of the tracks has not been changed, but the experience of hearing them is unlike anything you’ve heard before.

Q: Your anthology includes 3 new tracks. One of these, ‘AERO’logy, is the first single. What exactly is ”AERO’logy’?
JMJ: Literally, it means ’the study of atmosphere above ground’. If you think of Stereo as being two dimensional or ‘flat’ (which essentially it is) ‘AERO’logy is the exploration of this 3-dimensional ”AERO’space’ that is created by surround sound. This is reflected in the website and even the album packaging, both of which are a study of 3-dimensional form.

Q: Will there be multimedia content on the DVD album?
JMJ: Just a girl’s pair of beautiful eyes, gazing out at you and reacting emotionally to the music…for the entire 76 minutes of the album. The Eyes of ‘AERO’ belong to Anne Parillaud and were directed by me. They were recorded in high-definition cinemascope and shot in a single 76-minute take. The effect is quite mesmerising. Another world first for DVD, I think!

Q: Just a pair of eyes?
JMJ: It was tempting to produce an amazing visual extravaganza for the DVD but that would miss the point. ‘AERO’ is all about the audio experience – it’s a sound revolution. When you hear this album in full surround sound, you’ll know why. Pictures cannot describe it.

Q: Whose eyes are those on the album cover?
JMJ: Mine! Peering into your world! Just as, by listening to ‘AERO’, you are peering into mine.

Q: Are you planning to perform this album live in 5.1 surround sound?
JMJ: Absolutely. I’ll be performing a major concert in Beijing in October. 2004 sees a cultural exchange between the French and the Chinese and I was invited to perform there. For the Beijing concert, we’re constructing a huge wall of screens around the audience – celebrating the evolution of music to surround sound. Next year, I’ll be doing a 5.1 tour which will lead to a massive concertbut that location is a secret for now.

Q: Where can people hear a sample of ‘AERO’?
JMJ: On the website, you can download a number of 5.1 samples from ‘AERO’, and even a simulation of the surround sound effect through stereo speakers. There’s also an exclusive, hidden preview of the 3 new tracks but you’ll have to find it! Of course, nothing will match hearing it played live on 20ft high outdoor speakers!

Q: Tell us more about the ‘AERO’ website.
JMJ: It goes live in August – www.jeanmicheljarre.com. Like the album itself, the entire experience is a journey into this liberating, 3D ”AERO’space’ that is created by surround sound. You are greeted by the Voice of ‘AERO’ and you can navigate in any direction, to discover samples from the new album, technology demos, news, fan reports and even a unique 5-dimensional ‘AERO’ game. You can also register online as an ”AERO’naut’ for exclusive email updates, invitations to promotional events, competitions to win a 5.1 multi-media system and advance ordering – so you can be among the very first people to own the album and ‘go ‘AERO”.

Q: Tell us more about this 5-dimensional ‘AERO’ game?
JMJ: It’s a variant of the classic bat and ball game, Pong, only this time the player is surrounded by balls coming at you from five directions. Your high scores can be submitted to the www.jeanmicheljarre.com website for the chance to win hundreds of prizes ranging from exclusive downloads to VIP tickets to the huge ‘AERO’ concert in Beijing. As new versions of the game are released, players will be able to join each other onlinedefending together, back-to-back, against ‘AERO’ in full 3D!

Q: Just how significant is ‘AERO’ for the future of music?
JMJ: I think the importance of this move beyond Stereo is impossible to overstate. The possibilities are hugeit invites us to rethink the way we write music. Instead of asking ourselves what note do we play and how loud, now we ask ourselves: ‘what direction should this note come from? It’s fair to say that ‘AERO’ represents the next revolutionary step in recorded sound that begun as Mono, became Stereoand is now ‘AERO’. Recording this album has been an amazingly liberating experience, in terms of exploring the sheer freedom of surround sound, and I’m hoping it will inspire composers, and listeners, everywhere.

Q: So is 5.1 surround sound the future of music?
JMJ: No, it’s just the beginning! Already I am working on/have plans for 6.1 etcI envisage a time when the listener is ‘cocooned’ in sound – from above and below – an audio virtual reality. I’d love to do that now, but such music will have to wait for people to have the right equipment!

Q: News of ‘AERO’ first circulated in Autumn of last year. Your fans have waited some time.
JMJ: It’ll be worth it.